Alisher Nazirov from Rishtan in Eastern Uzbekistan is one of Uzbekistan’s most famous ceramicists and teachers. Starting at the age of 12 he studied with some great Uzbek masters and in Soviet times was the main artist at the Rishtan ceramics plant. After independence there were many changes. His contribution to maintaining the cultural heritage of Uzbekistan has been to found a workshop-school “Usto-Shogird”, teaching ceramic art to many students (whose works have also received many awards). He has also been at the forefront of restoring the ancient traditional forms and designs of Rishtan ceramics earning him the title of Keeper of the Traditions in 2016.

He  has since exhibited in Japan – Komatsu, Germany, Hannover and Munich  and Russia-Moscow. His works are included in the collections of the State Art museum of Uzbekstan, the Academy of Arts of Uzbekistan, the State Museum of the arts of the East in Moscow, the Ethnography Museum in St. Petersburg, and the Ceramics Museum Asakura-san in Komatsu.

Since a young age, his interest in archaeology, led to the discovery of the secret ishkor glaze and to his passion for the traditional forms and patterns of Rishtan ceramics, which he then combines with a unique creativity and an innovative approach.

Today, people can recognize his unique style, with its key features of elegance and harmony. Alisher gets his inspiration from nature itself, so, beautiful flowers, trees, branches can be seen in his creations. Furthermore, the shape and the texture of his works are always fascinating and enthral  art lovers with their exclusivity and style.

Master Ceramist Alisher Rakhimov was born in Tashkent into a family with a long tradition (at least six generations) of the most famous ceramics masters in Uzbekistan. From an early age he studied the art of ceramics in the family, inheriting the traditions of the Rakhimov dynasty. He also studied at the Republican Art College in Tashkent. He has exhibited in Japan Germany, USA and Israel and been part of various UNESCO projects to revive ceramic technologies of the past, including seminars and festivals.  For instance in 2004 he was the author of 5 documentary films for UNESCO entitled ‘Ceramicists of Uzbekistan’ and in 2006 he edited the new English edition of the books of his father Mukhitdin Rakhimov ‘Artistic Ceramics of Uzbekistan’ and ‘Architectural Ceramics of Uzbekistan’.  In 2012 he received the title of Honoured Art Worker of Uzbekistan. His studio in Tashkent has held several exhibitions including Traditions and New approaches to Ceramic Tiles’ 2014 ‘Ceramics without borders’ 2015 and  ‘Continuous Flight’ 2016. His work is displayed in the Museum of Applied Art in Tashkent.

Alisher says that nowadays, there are many dramatic new developments in ceramics, in shapes for instance. After seven years of experiments with various minerals he created a series of works devoted to rock art. Also, he believes that in Uzbekistan architectural ceramics are fast developing and growing, and Uzbek masters have great potential in this relatively new sphere.

Other changes he has witnessed are peoples preference for national culture and motifs rather than western, so Uzbek art specialists are now able to offer dozens of variations for interior and exterior decoration for both traditional and modern styles of houses.

From Bukhara Uzbekistan was born into a family with at least 6 generations of ceramics masters and embroiderers before him.  He learned from his father from the age of 7. The women of the family have restored the traditional  embroidery styles of the region that are part of another great Uzbek tradition that of the Suzani.

He has participated in 105 exhibitions worldwide, including USA (Santa Fe Folk Art Market), France, Germany, Japan, Pakistan, Kuwait and many others. In 1992 he opened a museum of ceramics in Gijduvan (Bukhara), which also houses his workshop where he and his team make traditional Gijduvan ceramics.

Abdulla admits that since the craft in his family was passed from generation to generation, he never considered any another profession. He spends all his free time at the pottery wheel creating and developing his craft with excellent results.

Gijduvan decorative painting is only floral and geometric in keeping with Islamic tradition as for centuries the image of living beings has not been approved. Alisher’s creations have a very rich elaboration of patterns, subtlety and elegance of execution. Flowers and floral motifs are vividly and convincingly interpreted. In his works, this master reveals a high skill of decorative writing and artistic expressiveness. 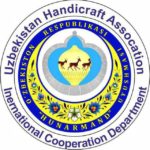 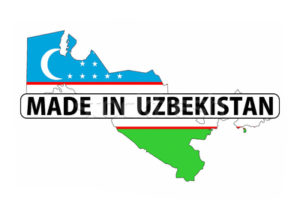