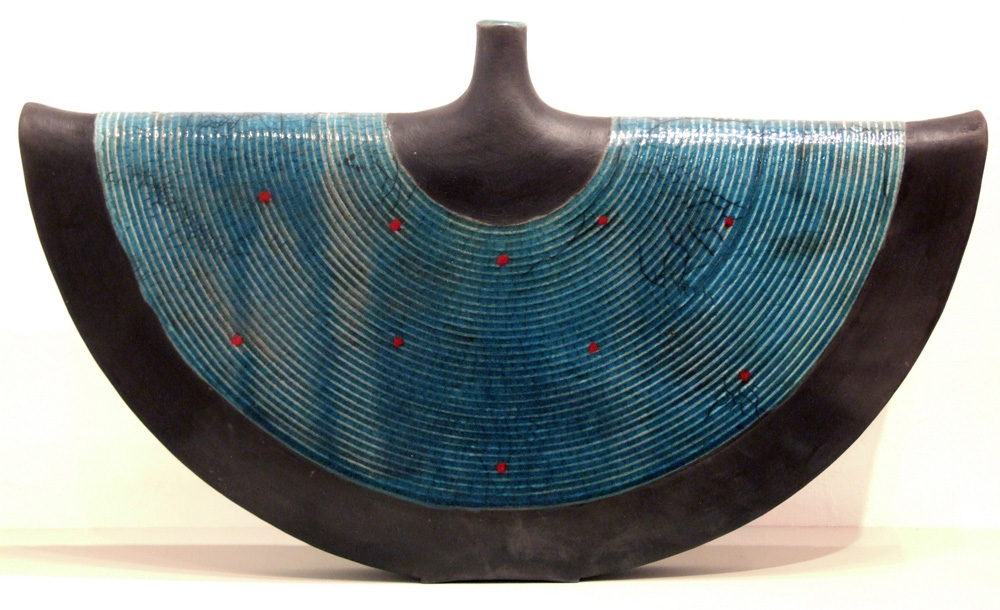 Mick Morgan is a potter and sculptor using Raku techniques. “I studied ceramics with the emphasis on thrown domestic ware, gas fired. This was to be my primary focus for the following twenty years but I changed from gas to wood firing after about ten years. Around 1990 I became interested in raku firing. The immediacy of raku is very appealing and lends itself to creativity and exciting experiments. My interest in raku hasn’t diminished but I use many forms of firing or smoking to create the desired effect. This has led me down many roads of exploration, many futile but always exciting. I first tried primitive firing whilst teaching students from UWIC on a course in France and came across the primitive clay by chance; we had some stunning results. This has enticed me to experiment with clay bodies aimed at primitive firing.