I was born in Newport and attended both Newport and Swansea colleges of art. After almost 5 years of teaching in two comprehensive schools in Cambridgeshire I moved to Rhayader where my family has lived since 1800. In 1977 I opened my first workshop and shop at Easter 1978. Since 1984 I have been potting full time at Cefnfaes apart from a very short period teaching part time on the degree course at Staffs University.

In 1991 I wrote my first book ‘ASH GLAZES’ and ‘THROWING POTS’ in 1995 and that was followed by ‘SALT GLAZING’ in 2002. PHIL ROGERS-potter was published in the USA in 2007  and ‘A PORTFOLIO’ was published by Goldmark in 2012. A new book about the life and work of Shoji Hamada is in the pipeline. There has been a great deal of travel in those intervening years with more than fifty one person exhibitions and as many workshops conducted in the UK, USA, Canada, South Africa, Korea, Germany and Malta….more than sixty in all. In 1998 I lived in Korea for three months teaching and making pots at Chungnam University in Taejon while in 2000 and 2002 there was time in Ethiopia immediately after the civil war where I was involved with Project Ploughshare and the setting up of a pottery for local women in Gondar.

I am happy to say that pieces are in the collections of more than fifty museums worldwide including the V&A, The British Museum, The National Museum of Wales, Boston Museum of Fine Art, The Mint Museumin Charlotte, NC and The Museums of Modern Ceramics in Mashiko and Mino.

Currently I work with four kilns although the wood fired, two chamber kiln has taken a lot of my attention in recent years. A new area of interest has been my ‘Buncheong’ work inspired and influenced by 15th and 16th century Korea.

I am not a potter attempting to make social or political statement. Rather, I am trying with the best of my ability to provide an audience with work that has beauty, grace and function while, at the same time, furthering a tradition that I am happy and comfortable to be a part of. The challenge for me is to find my own way along a narrow path, to seek creatively that variation and nuance that distinguish my pots from the work of another.

Technique is important…skills enable the vision to become reality. However, that innermost intuitive expression which is contained in the heart is more valuable to the potter than the fundamentals of hand. Technique can be the enemy of spontaneity…there should always be evident a sense of adventure.  I endeavor always to leave a personal signature…to imbue my work with an indefinable quality that speaks of me as an artist. That is my role as contemporary maker. 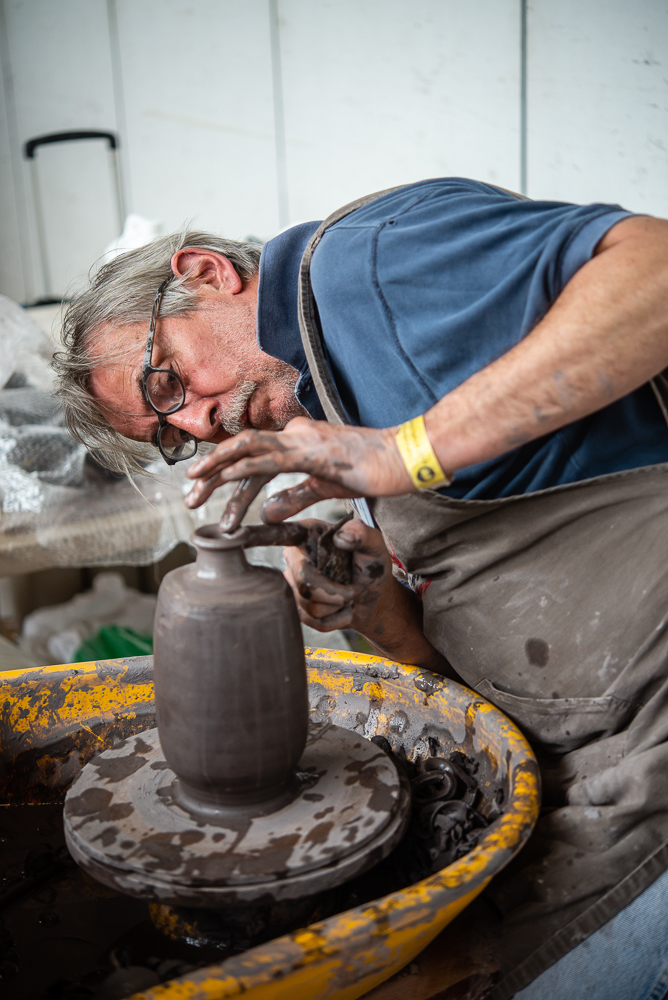