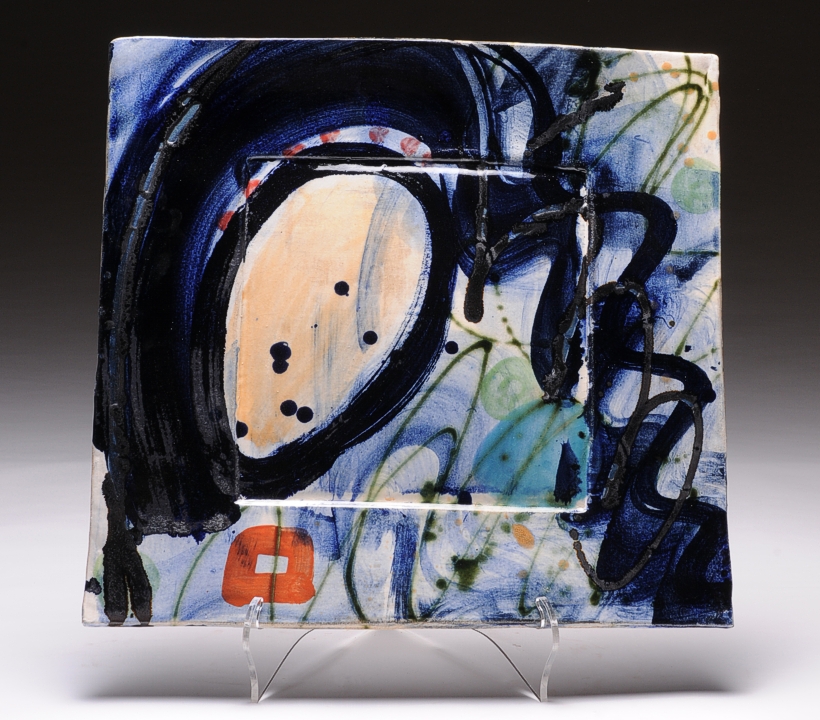 Sandy Brown is ‘one of the great individualists of British ceramics…Her vocation in ceramics (is) her ability to release ideas through clay and glaze.’ (David Whiting) Sandy Brown studied Daisei Pottery at Mashiko Japan and this rigorous training, along with some ritualised aspects of life such as the tea ceremony which she experienced there, strongly influenced her development. However her intensely personal and original style – at once insightful, exuberant, vivid – shows a rich mix of influences from contemporary visual culture, assimilated over a lifetime refining her techniques and her approach to creating. Making both functional objects and sculptures, she is not afraid of creating on a large scale – her installation ‘The Still Point & the Dance’ can be seen in Gallery 1 during the Festival. For her demonstration, Sandy plans to work on both large and small scale pieces, and will demonstrate her technique of ‘letting go’ glazing.