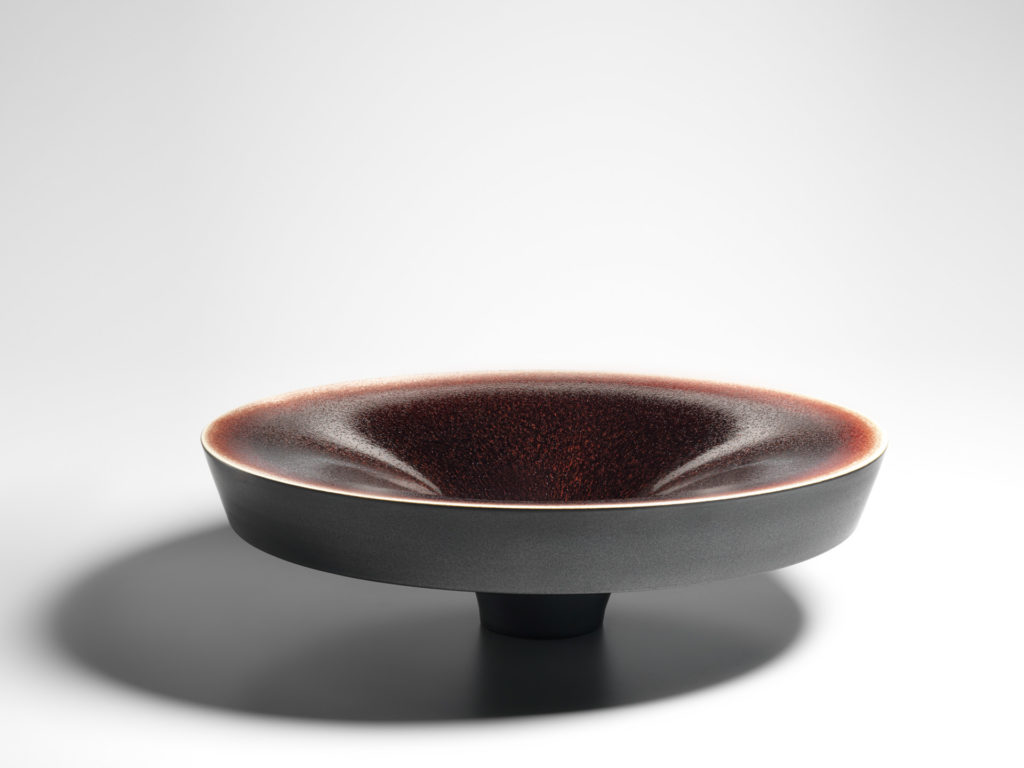 Thomas Bohle was born in 1958 in Dornbirn, in western Austria. After training as a nurse, he worked for many years in this professional field. In 1987 he completed an apprenticeship as a ceramist and then worked in various workshops. In 1991 he opened his first studio. A study trip to Japan is followed by exhibitions in Tokyo and Shanghai. In 2006, Thomas Bohle was awarded the Bavarian State Prize. In London, a renowned gallery then takes over his representation. Since 2008, the artist has been working in his new studio in Dornbirn. In 2014 he receives the honorary gift for art from the state of Vorarlberg.

In England in 1984, at the age of 26, Thomas Bohle sits at a potter’s wheel for the first time. The contact with clay and the creation with his own hands touch and are the beginning of his artistic path. He follows it consistently, learns the craft of the ceramist. He experiments, searches and researches – deals intensively with traditional forms and surfaces, thus creating a rich basis. The first double-walled vessels are created and attract attention in the professional and art world. Gradually, a language of its own forms – the artist’s special form of expression. The study trip to Japan accompanied by the friend and important contact person Uwe Löllmann brings inspiration and recognition for one’s own work. The artistic value of the works is particularly evident in the exhibitions in Tokyo and Shanghai in 2004. The birth of his son Clemens in 1989 has a profound impact and leaves a very vivid trace.

Over the years, an international space has opened up, mainly through the representation and presentation of the works in London. The studio in Dornbirn is a bright place. This is where ceramics are created, where new shapes and surfaces are formed. A quiet and powerful path continues.