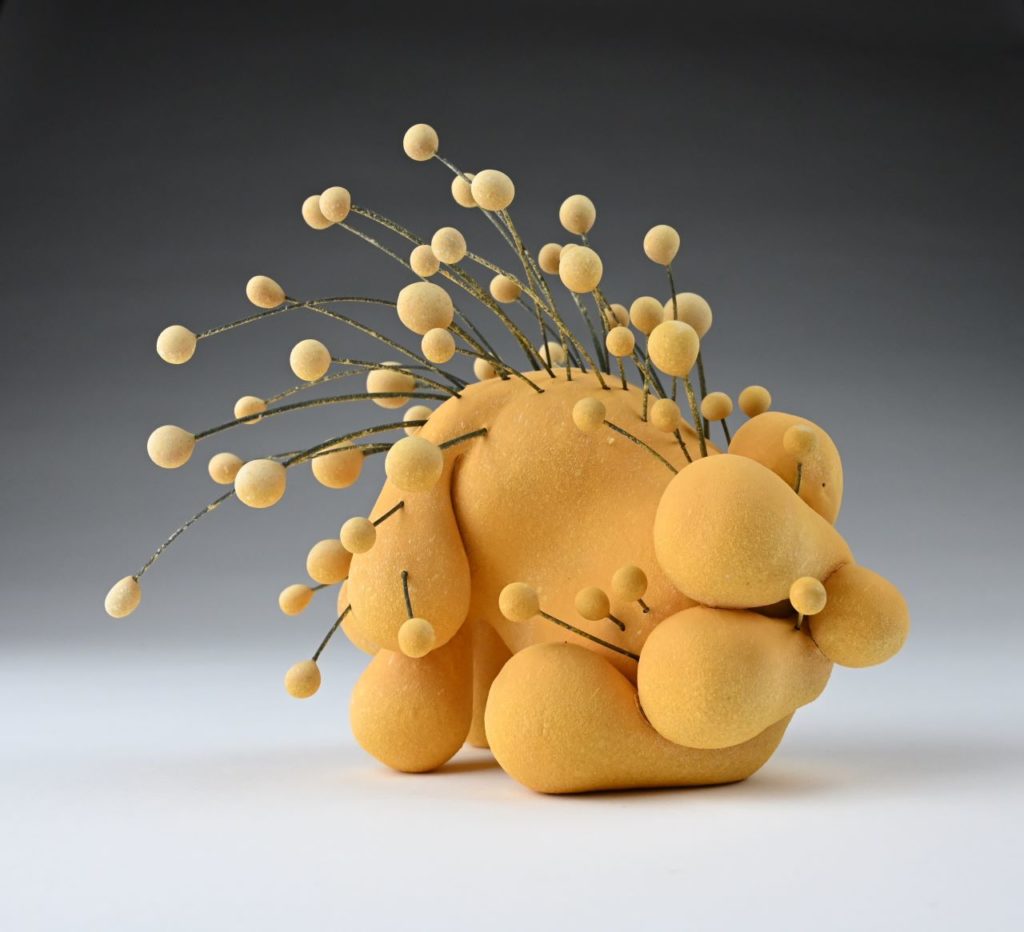 Toni Losey’s work hums with an underlying current of rhythm and organization.  The repetition found on the wheel influences her work as Losey intuitively builds sculptural forms mirroring the patterns of growth in nature.  These works evolve within a set of rules developed from her personal interpretation of the natural world.

As she attempts to marry technical process with conceptual prowess, the work that emerges seems to exist outside of the maker, something otherworldly but organic, familiar but new. Losey’s work captures natural progressions found in nature and aims to renew our connection to the planet.

Losey, born in the Canadian prairies in 1977, now lives and works in Halifax, Nova Scotia, Canada.  She attended both The Alberta University of the Arts and The Nova Scotia College of Art and Design where she received her BFA.

Losey’s work is shown internationally in such shows as Design Miami, Collect London, NCECA, and Ceramic Art London.  She was named one of Ceramics Monthly Emerging Artists 2020, was short-listed for the Winifred Shantz Award 2020 and has been published in Ceramics Monthly, De Kleine, D. Repubblica, and Ceramic Review.